Iron Maiden comes to FirstOntario Centre on Wednesday 12th October 2022 as part of its ongoing Legacy of the Beast World Tour. The iconic English heavy metal band named this tour after the comic and mobile game Legacy of the Beast. The game was released by the band itself. The tour has featured a large selection of 80s material with certain surprise elements from latest albums. The tour began in 2018 and continues until the end of 2022. This is one of the most extensive touring bands globally whose tours last years. The Legacy of the Beast World Tour also marked Iron Maiden’s first-ever show in the Philippines. Get a chance to see them live at FirstOntario Centre by getting your tickets right now before they are sold out! 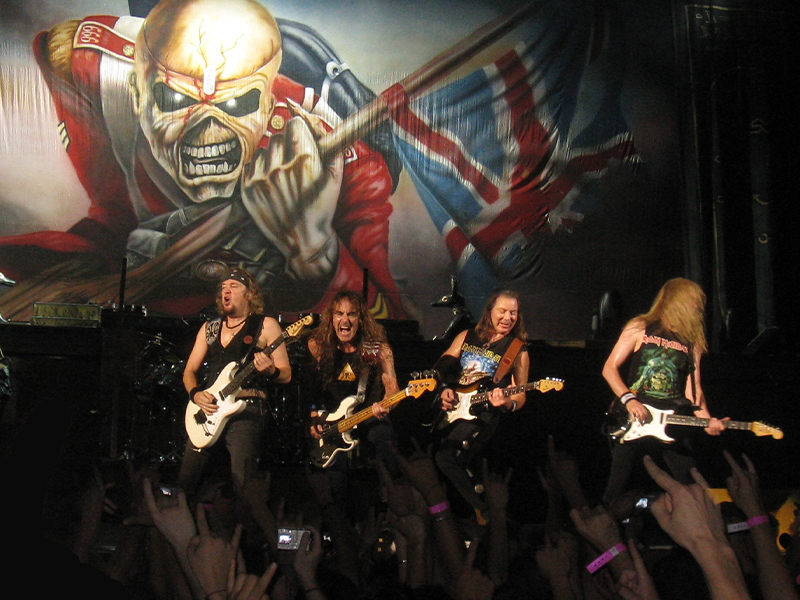 Iron Maiden’s last tour was The Book of Souls World Tour which lasted a year from 2016 to 2017. It sold-out shows worldwide, with massive crowds turning up for their concerts. Iron Maiden is the pioneer of the new heavy British metal movement wave and initially earned significant success during the 1980s. The band and its members have received multiple music awards, including Grammies and international accolades.
The band has released forty-one albums till now, including seventeen studio and thirteen live albums. They have also released four Eps and seven compilations. Several of their albums have been gold and platinum-certified both in U.K and U.S. Two electronic video games have been released featuring the band’s music and soundtracks. By 2017, Iron Maiden had sold over 100 million copies of albums globally, making them one of the most successful music bands in history. Critics often claim that Iron Maiden has turned heavy metal into an art form. They are also hailed as one of the most extraordinary live acts of all time, with people traveling across countries to catch them live. If you really want to see Iron Maiden in concert, you will need to buy your tickets ASAP before they are all gone!